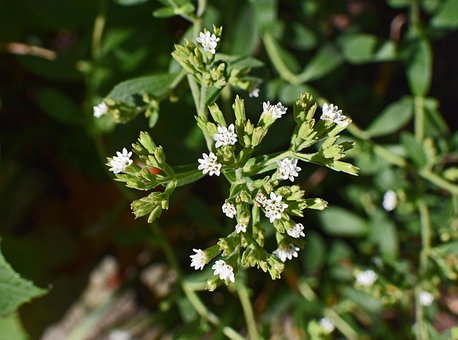 Due to its intense sweetness and negligible calorie content, stevia has become a buzzword in the sweetener market. Consumers nowadays are looking for best of both worlds, a combination of indulgence and well-being. This consumption trend is making stevia popular with every passing day!
A sugar substitute is a food additive that imparts a sweet flavor like sucrose (table sugar) without supplying a significant food energy/calories which sucrose provides otherwise. Some sugar substitutes are produced by nature, and others are produced synthetically.
Stevia is the most popular, natural, low-calorie and zero glycemic index sweetener (200-350 times sweeter than sugar), extracted from the leaves of a plant called Stevia rebaudiana, a component of the Asteraceae family. The stevia leaves have been used for centuries by the indigenous Guarani natives of South America as a traditional sweetener.
There are two compounds in stevia which are responsible for the sweetness: stevioside and rebaudioside A. The modern use of stevia primarily involves stevia-based sweeteners.
Synthetic sweeteners, for example acesulfame-K, aspartame, neotame, saccharin, and sucralose, despite being approved by the Food and Drug Administration (FDA), have always been under some or other controversies because of their long-term ill-effects. In fact, certain scientific studies have described them as powerful neuro toxins, impairing the normal functioning of the central nervous system!
Although there are various organic sweeteners available in the market (such as erythritol, xylitol, and yacon syrup), recent research conducted on human subjects with stevia have made this natural ingredient a preferred sweetener choice of the people. There have been conclusive evidence on stevia’s role in reducing the high blood pressure and lowering the glucose levels in diabetics.
Stevia contains steviol glycosides, the chemical compound responsible for the sweet flavor of the leaves. Although stevia leaf and crude stevia extracts aren’t generally recognized as safe (“GRAS”) and do not have FDA approval for use in food, the FDA hasn’t questioned the GRAS status of particular high-purity steviol glycosides for use in food.
Recent developments:
August 2017: PepsiCo seeks to patent the stevia production procedure.
Perspective: The prime focus of important studies surrounding stevia is to produce less bitter and more sugary-tasting steviol glycoside Reb M. The enzymatic process employed here is efficient as well as cost-effective, and will perhaps pave the way for further flavor improvement in steviol glycosides.
Perspective: The usage of these natural interventions significantly enhances the sustainability factor associated with stevia production. Additionally, it increases consumer’s trust as the word”organic” attracts more focus today than ever before.
How the global market is responding to this natural sweetener?
A report by a market research company, estimates the worldwide stevia market to witness a CAGR of over 8 percent during the period between 2017 and 2022.
The launch of stevia was perceived with a narrow application range, restricted to zero-calorie drink applications, and as a natural substitute for artificial high intensity sweeteners (“HIS”). Stevia not only overtook Aspartame – a major HIS, within its first year of launch, but also rapidly expanded to the entire sweetener market and across all food & beverage categories.
The rising health-consciousness observed worldwide (owing to high incidence rates of obesity and diabetes ) and a paradigm shift from sugar (toward natural ingredients) are expected to be key factors driving the demand for stevia-based sweeteners.
The other factors propelling the growth of this natural sweetener are: large investments on R&D by leading giants, developing product innovation with improved taste, increasing product visibility in modern retail formats, and elevated levels of advertising support.
As stevia-based sweeteners are becoming increasingly incorporated in sports nutrition and wellness drink products, the growing sports nutrition goods and health beverage markets are expected to behave as chances for the stevia market.
The Main Hurdles for the Marketplace are: A highly fragmented marketplace with supply-chain complexities, various regulatory constraints, and availability of additional low-calorie sweeteners.
Way Ahead:
Even though the requirement for stevia has tripled since 2011, the growth has slowed down because of the bitter aftertaste. A flavor modification (by fine-tuning the chemical composition in a way that eliminates the bitter aftertaste) can revive the development. The global-level regulatory unification can be achieved by recognized bodies, such as Codex, by efficiently streamlining the different practices and procedures that monitor the use of stevia extracts from various food products.