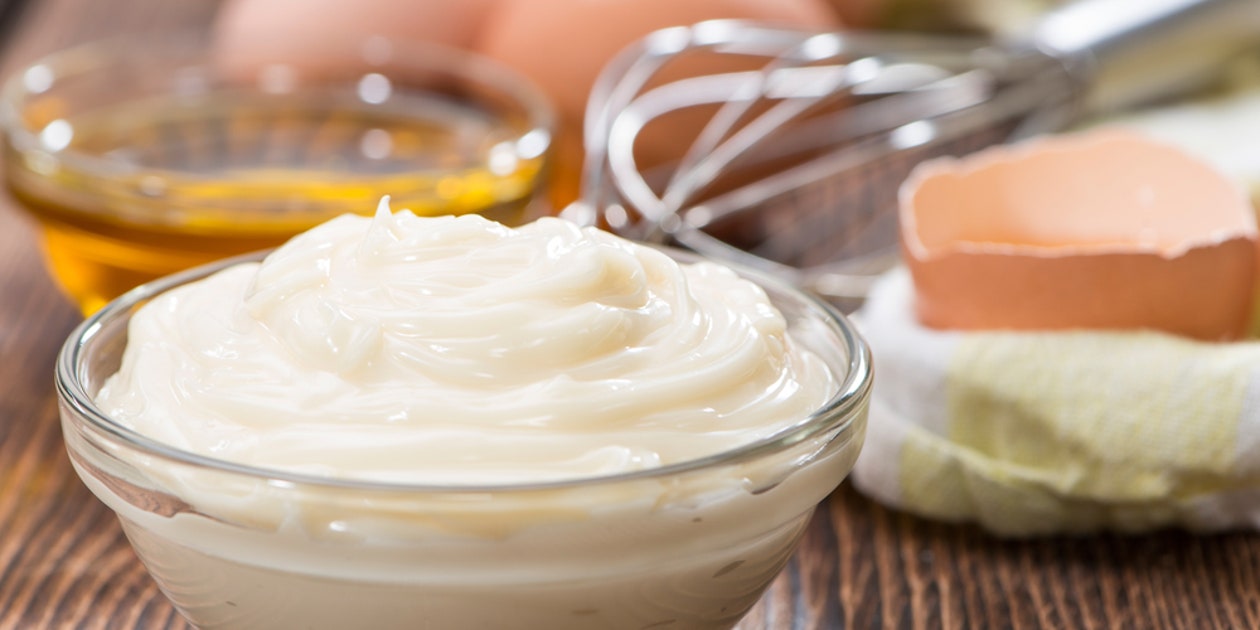 The very first time it dawned on me there were two distinct camps regarding mayonnaise was one afternoon at a restaurant. I was having lunch with a great friend, and she had been interrogating the waitress about the chicken salad plate, asking her,”This does not have any of the dreadful Miracle Whip, does it?” My friend seemed relieved and ordered it, but I ordered something else.
I acknowledge I come by it honestly. I was raised in a Miracle Whip home, and that I inherited my mother’s dislike for mayonnaise. early. To this day, I buy just MW and so does my sister. But mayo holds top honors in the condiment world, at least in the U.S., tied only with ketchup in popularity, and a must-have on millions of sandwiches daily, as well as in salads and sauces. Some fanatics even put it on french fries.
As a child, I often asked my mother why some sandwiches or salads tasted”gross” until I understood that MW had a distinctly different taste than traditional mayo, which, in my opinion, has no flavor at all. When it finally clicked in my young mind, and I understood the difference, it was MW all the way from then on.
But let’s travel back in time to find out about mayo, and the French passion that started it all. While the Duke was defeating the British at Port Mahon in Menorca, Spain, his chef was whipping up a unique victory feast that included a special sauce made with cream and eggs, staples of French cuisine. Some food historians insist that the Spanish pioneered the rich spread, but it seems more probable that the French did the honors. Word of mouth (and taste buds) traveled across the pond, and Americans quickly adopted the creamy madness. Many residents of French heritage, and of course chefs looking for new frontiers, introduced it in New York City, and we understand that by 1838, the favorite restaurant Delmonico’s in Manhattan offered mayonnaise in a variety of dishes. Gourmets were hooked.
Soon chefs were dreaming up different ways to use the popular spread, especially in salads. In 1896, the famous Waldorf salad, made its debut to rave reviews at a charity ball at the Waldorf Hotel, chock full of apple bits, celery, walnuts and grapes, all held together by that creamy mayo, and diners couldn’t get enough.
As refrigeration blossomed at the turn of the century, hundreds of food manufacturers raced to get their version of mayo in the stores. One such maker was Hellmann’s, a New York City brand which designed wide mouth jars that could accommodate large spoons and scoops, and they soon began to dominate the industry. Mayonnaise, which had heretofore been considered a luxury, was fast becoming a household staple and taking its place at the dinner tables in millions of homes. Many professional chefs and homemakers made their own versions, but jars of their favorite condiment were featured prominently on grocery store shelves.
Input Miracle Whip, created in 1933 from the Chicago-based Kraft Foods Company. It made its debut during the Depression as a more affordable alternative to mayo, and while it does contain the essential ingredients of mayonnaise (egg, soybean oil, vinegar, water), it deviates from the standard of mayo with a sweet, spicy flavor that lots of folks preferred and still do, but is required to label itself as”salad dressing” rather than mayo.
So whether you are a straight mayonnaise user, a renegade Miracle Whip aficionado, or you are frequently heard to state”hold the mayo”, there’s no getting around this wildly popular condiment, and we can thank the French gourmands once more for this creation.